For patients 6 years and older with ADHD

A lower SKAMP* score indicates an improvement in attention and behavior2

The PERMP is a validated, time-sensitive, skill-adjusted test consisting of math problems to be completed at multiple time points (administration of serial PERMPs). It is a robust, objective measure of the ability to initiate a task, self-monitor/stay on task, and complete written seatwork. The PERMP does not test for mathematical ability or the ability to learn math because the difficulty of problems is adjusted to the existing math skill level of each participant.3

Shown below are examples of PERMP test results from an actual patient in the clinical study. 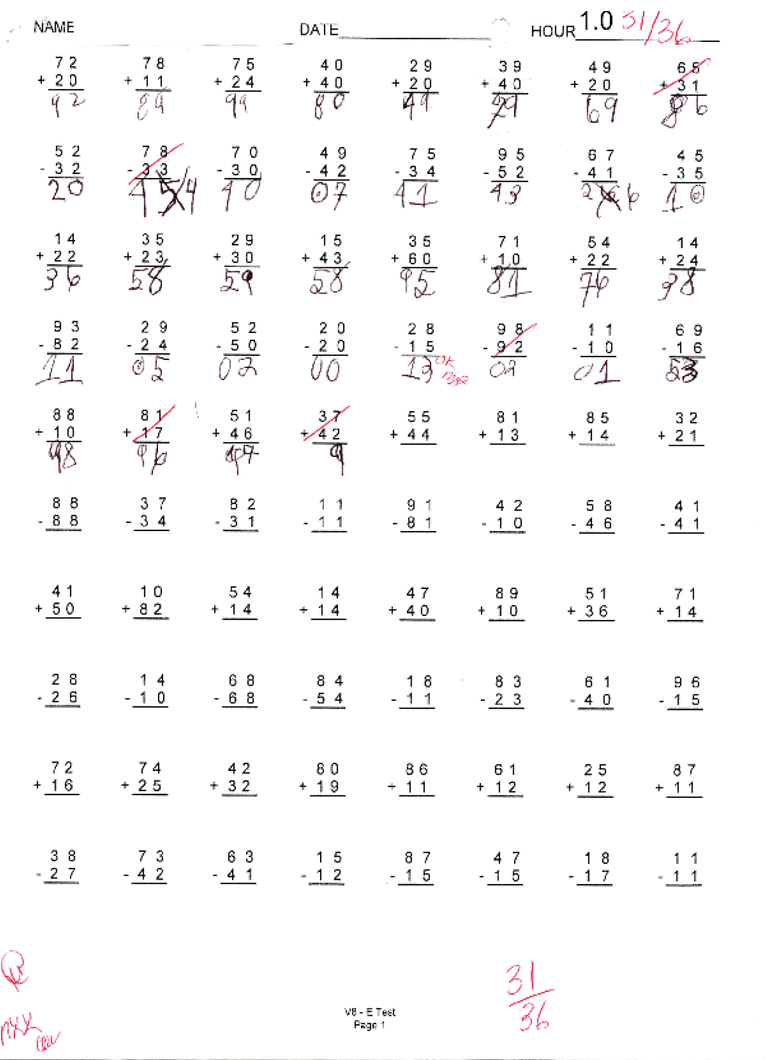 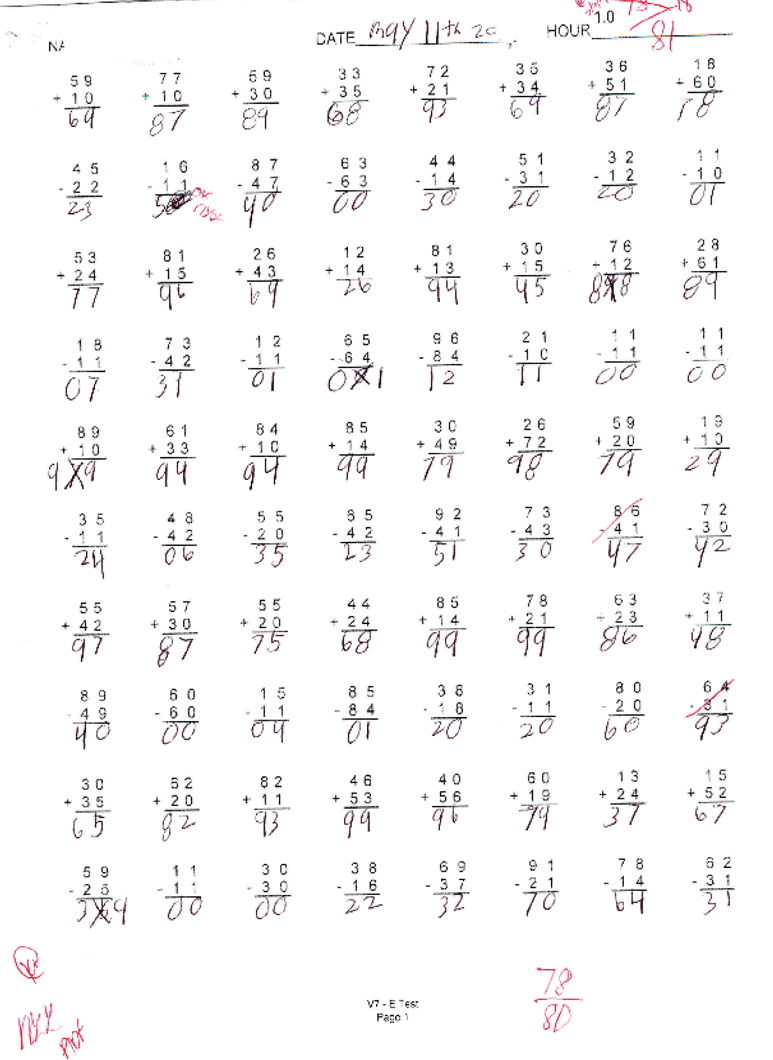 Study Design: One-week, randomized, double-blind, placebo-controlled laboratory classroom assessment of attention and behavior, scored by teachers and raters using the SKAMP rating scale in children aged 6 to 12 years (N=108) who met Diagnostic and Statistical Manual of Mental Disorders, Fourth Edition, criteria for ADHD. Classroom assessment followed a 5-week, open-label, dose-optimization period, where subjects initially received 2.5 mg or 5 mg DYANAVEL XR once daily in the morning. The dose was titrated by 2.5 mg to 10 mg every 4 to 7 days until an optimal dose or the maximum dose of 20 mg/day was reached. The primary endpoint was change from predose in SKAMP-Combined score at 4 hours postdose. Key secondary endpoints were onset and duration of clinical effect. The change in scores from predose SKAMP-Combined scores at postdose time points (1, 2, 4, 6, 8, 10, 12, and 13 hours) was used to evaluate key secondary efficacy parameters.2

The SKAMP (Swanson, Kotkin, Agler, M-Flynn, and Pelham) rating scale, often used in clinical trials, is a validated rating instrument, used by trained raters to specifically measure the observed classroom manifestations of ADHD. The items of the SKAMP are specific for place (the classroom) and time (a typical class period). The scale’s items describe typical behaviors in a classroom setting, and additional items that describe behaviors associated with ADHD in the classroom. The SKAMP method of assessment has been demonstrated to be a sensitive measure of attention and behavior within a lab classroom setting.4

Dyanavel XR, Quillivant XR, and QuilliChew ER are indicated for the treatment of Attention Deficit Hyperactivity Disorder (ADHD) in patients 6 years and older.